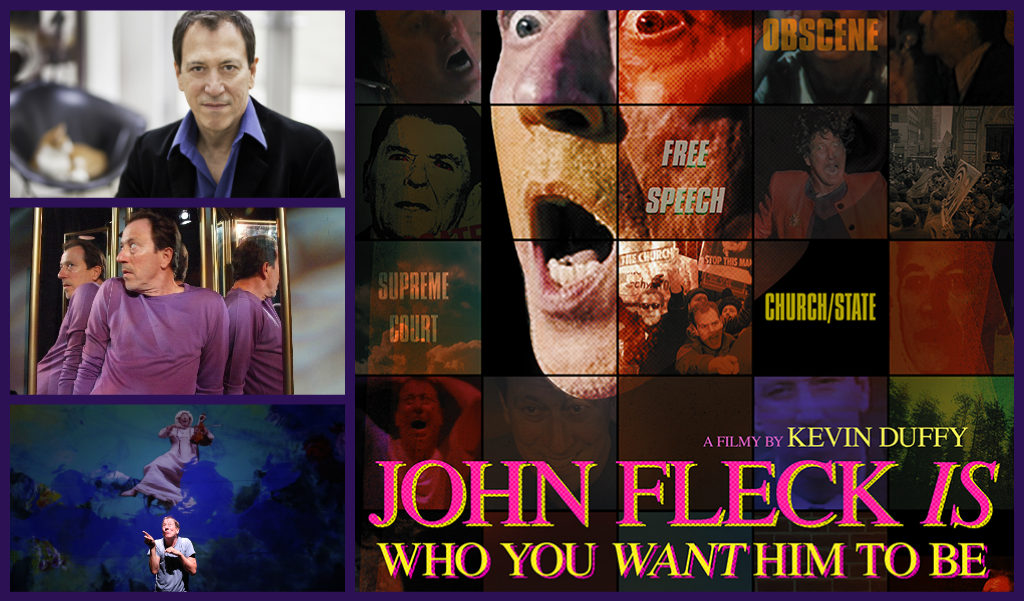 ...is a critically acclaimed actor and performance artist. His solo work gained infamy in 1990 when the became known as one of the "NEA 4".

John Fleck is an actor and/or performance artist depending on who you talk to. An actor since 1976 he gained notoriety as a performance artist in 1983 when he climbed on top of the One Way Bar in Silverlake at a monthly event called THEORETICAL and proceeded to strip tease while singing Puccini’s Madam Butterfly. It was a heady uphill ride from performing in LA and NYC clubs to creating larger pieces in performance spaces and museums while also establishing a career as an actor in theater and TV/film.

Fleck’s resistance to being pigeon holed began in 1990 when he and 3 other performance artists were labelled ‘obscene’ by the likes of Senator Jesse Helms and Congressman Dana Rohrabacher who put pressure on the National Endowment for the Arts to rescind funding to the four artists thus forever branding them the NEA 4. Their case went to the Supreme Court which they won.

Fleck continues to blur the line between performance art and theater with his latest opus, Blacktop Highway, a gothic horror screenplay’d on one man’s body which premiered @ REDCAT (LA) in 2015 with a critically acclaimed splash in 2016 @ Dixon Place (NYC) and a 5 week run in 2018 @ the Odyssey Theatre (LA). Other award winning and sometimes controversial self-scripted shows include: MAD WOMEN, Side EFFlecks May Include, Nothin’ Beats Pussy, A Snowball’s Chance in Hell, Dirt, Blessed are all the Little Fishes, ‘ME’ Psycho Opera and I got the He-Be-She-Be’s.

TV/Film (a sampling): The Orville, Criminal Minds, True Blood, Anger Management, Bones, The Middle, Weeds, The Closer, Nip Tuck, Carnivale, Seinfeld, Murder One & Tales of the City. He is one of only 3 actors who have performed as many roles in all the Startrek TV series (The next Generation, Deep Space 9, Voyager and Enterprise). Film credits include: Velvet Buzzsaw, Alaska is a Drag, Falling Down, Waterworld, etc. that enable him financial fluidity to create his, not necessarily for profit experimental theater.

Total Theater
“OUTRAGEOUS… poke[s] fun at a slew of targets: The Virus, the Proud Boys, the Oath Keepers, Trump, Facebook, Instagram, Tik Tok, and much, much more. — Will Manus, Total Theater 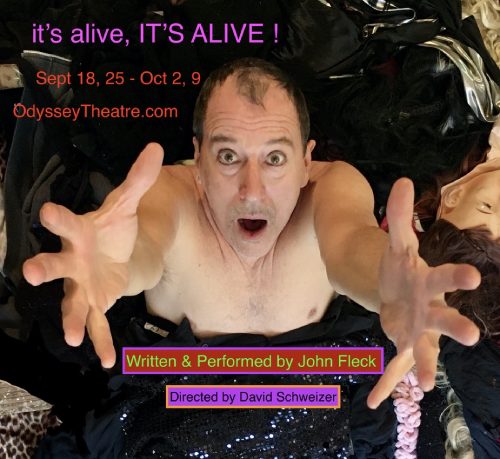 Check out his Facebook page for updates on his shenanigans.